We are crowdfunding and doing great but need your help to hit our £100K target so please do check it out and donate if you can.

All proceeds from the song will go to the campaign so please buy it, share it, request it on your favourite radio shows etc…. !

The Ballad of Jack Leslie is out now on all digital platforms but you can buy it and pay more if you like (all for the campaign!) here…

And it’s on iTunes

This is a massive undertaking and a hugely worthy cause that a great group of people (and me) are launching soon, so let me be serious for a second. Jack Leslie was a Plymouth Argyle player who in 1925 was told he’d been selected for England. But FA officials apparently then came to have a closer look at him and when they found out he was black his name mysteriously disappeared from the team sheet.

I have written a song to support the campaign, of course. I’ve played it live and people seem to like it even though it is, like the cause, entirely serious. It will be unintentionally hilarious if this is the song that gains wider attention than any of my attempts at comedy. But I’ll be happy if it helps raise a few extra quid.

The end of 2019 was pretty nuts for me in mostly good ways but meant I did have to cancel the final gig of my little autumn tour in Nottingham. My sincere apologies to that fair city. It’s somewhere I’ve always enjoyed gigging and I knew there were some lovely people coming but sometimes life decides that you cannot go to Nottingham and must reschedule. I’ve not yet rescheduled but I promise you Nottingham, as The Terminator once said, ‘I shall be back.’

But I did manage a few other gigs; two private parties and a corporate appearance at a healthcare conference. These bookings kinda came by chance and through recommendations, which was lovely, and definitely helped my Christmas fund. They were really good fun — even the one the day after the election for a group of left-wing lawyers. We all needed cheering up and, while I’m not saying I planted a seed of eternal optimism in their hearts, I think I helped.

One thing I love doing is writing a song for an event and people seem to really enjoy them. So, if you have an event coming up and want something funny, occasionally poignant, heartfelt and bespoke then give me a shout.

And if you are in London on February 16th then I’m doing a gentle, acoustic gig at the very sensible time of 5.30pm (for a Sunday) in Camden. It’s free but you can RSVP for some kind of enticing discount, I believe, by clicking this link.

May you be blessed with 2020 perception.

And here’s a pic of me playing in a room above a pub last year. (The final performance of my very enjoyable tour with the brilliant MJ Hibbett at the home of his Totally Acoustic gigs, The King and Queen in London).

The final tour date with MJ Hibbett was recorded for his Totally Acoustic podcast and it’s now available. And it’s ace…

Swiped is a brilliant short film I’ve been working on recently. All I did was a little bit of executive producing – sipping flat whites and making a few suggestions – but the whole thing was written and directed by Steve Whiteley who did a fine job and pops up in it too…

And here’s the poster with credits – great cast and crew… 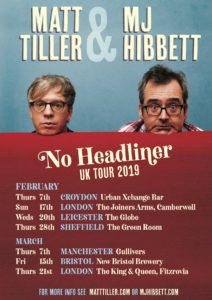 Here’s our lovely tour poster… (Thanks loads to photographer Asimina Giagoudaki and designer John Griffiths). We start on 7th Feb and ticket links (for Croydon, Leicester, Sheffield, Manchester and Bristol for example) are in the gig list. Thanks loads and hope to see you at one of these… 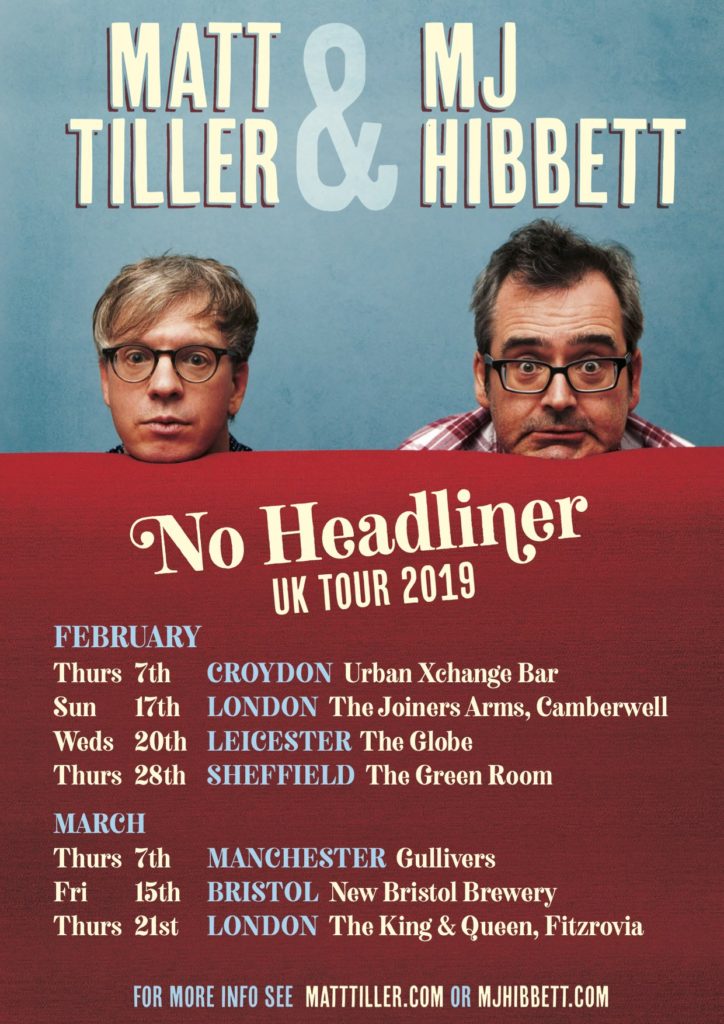 Here I am sat at my messy desk/studio previewing some tunes that will be coming your way soon. I had a lot of help with this from my good friend Attlee Common who appears at the end (courtesy of his sole agent, Jane Common) If you don’t already, it would be lovely if you’d like my Facebook page and sign up to the mailing list for updates. Thanks. x

… won’t be interesting enough to stay on tour, thankfully. Except the gigs, which will be 100% guaranteed mayhem.

In the new year of 2019 I am playing a few shows around the country with the brilliant MJ Hibbett with whom I have gigged many times and who is delightful company on and off stage. We’re calling the tour ‘No Headliner’ to make it clear we are absolutely equal as humans and also so we can finish early, have a drink and a chat after the gig before going to bed at a sensible hour. Let’s Rock.

We shall be adding a couple of London dates to the tour and I’ll update details for tickets etc. as they come in, but for now here’s the dates…

Wednesday 20 February: The Globe, Leicester  (part of the Comedy Festival and tickets are already on sale here) 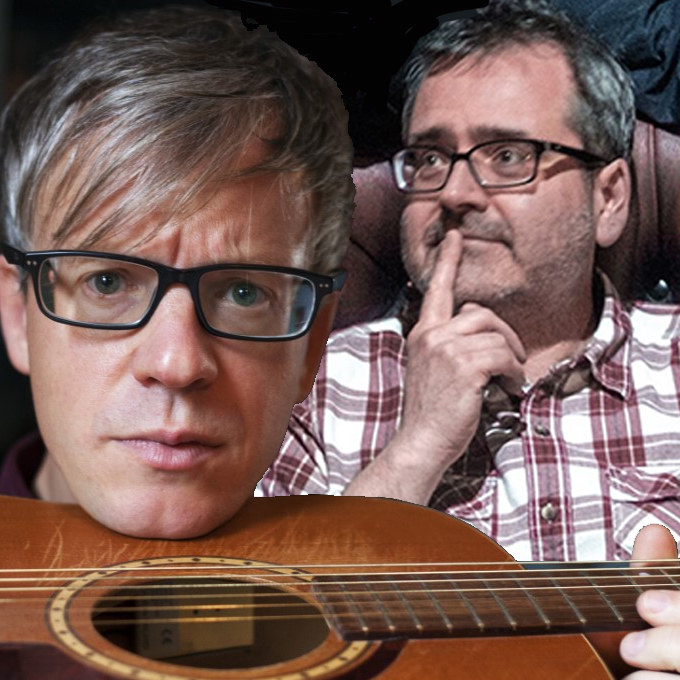 Look forward to seeing each and every one of you at one of these places.